There are two stories of note in the last couple of days that I want to reemphasize to all of you out there. They share a common thread and it is one that repeats itself entirely too often with the absurdity that is now Congress; most especially as it is obstructed now by GOP airheads who are always quick to call for patriotic sacrifice from ordinary working folks, but who never seem able to do the same of their "Big Money" backers.

The first concerns Jon Stewart making an appearance on his old show to remind us of how Congress has not renewed funding for the medical treatment of first responders who were there at ground zero during 9/11.

The second comes from a Slate article about how the workers who guarded our nuclear weapons during the cold war are now dying of cancer, with the Government doing the same old song and avoidance dance of not helping them pay for treatment; even though these people were put into harms way without any thought of protection against the effects of radiation.

Sound familiar? It ought to. We do the same thing to our veterans, whether its in the denial of a "Gulf War Syndrome," or simply screwing them over at Veterans Hospitals. But then, what can you expect from an ideological collective that thinks of taxes as blasphemy. And even in that doing it with their own special kind of selective prioritization; as in a dollar from you and a penny from your betters.

Even as one wonders, however, how people who know little, if any, shame, can be made to feel it once again, one also has to ask another question. With permanent war becoming a fact of American life. With the list of who we've made enemies of growing. With unchecked extreme weather becoming a fact of American life. With all of these do we face the prospect of more calls to sacrifice of one form or another that will put folks into harm's way. And there will be a bill for that. Not to mention the bill for the physical damage to infrastructure that is already in need of repair and replacement. And as we are still stuck with a cost based form of economy someone will have to be made to pay those bills. If you think it's going to be the top 1, 5, or even ten, percent of wealth holders then I think you've already joined the Trump Chump brigade, and have had a super sized serving of their cool-aid. 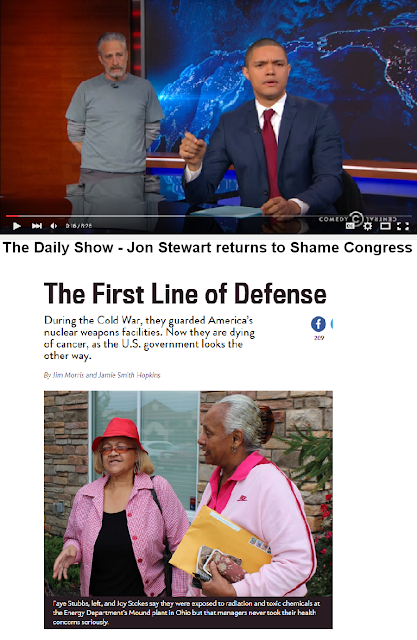