Here's an open source Idea for you.

Suppose you were to create a very large, say 20 to 30 meters inside diameter, wire mesh tube. And suppose further that the wire used would be carbon nano tube conductors coiled around one of the new magnetic materials being worked on now. Wouldn't what you ended up with be an electromagnetic tunnel?

Let us then continue speculating what you might do with this electromagnet tunnel.

Suppose you used however many hot air lifting bodies it might require to lift this tunnel up to as high as such atmospheric buoyancy might allow. And once at that altitude you then powered it up to be the longest electromagnet tunnel ever created. If you then put a platform in side with its own electromagnets in it, but with an opposite polarity, wouldn't it be possible to create your own vertical, linear accelerator?

If you could, and you could get this thing to hang at at least 20 kilometers, or more, wouldn't you also be able to launch some very significant payloads into orbit? Or, on another tact, wouldn't such an electromagnet mesh pipe be the perfect way to make a space elevator out of?

You materials and engineering gurus out there need to start thinking about how you might go about making this mesh. Maybe with some 3D printing on a whole new scale? 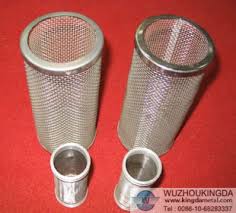