If The Phillips Curve In Economics Is No Longer Valid...

If the current disconnect is not an anomaly then it means the old notion of labor's effect on inflation is also no longer valid.

If that were so it would then follow that a new relationship exists, and what that might be is a brain bender even for an old systems dog like me; precisely because things have gotten so complex in this electronically mutated thing we call a Capitalist Economy.

You only need to also see in this article, from Bloomberg, that the "yield curve" is also behaving... well... lets call it unexpectedly for now; to see that new complexity is the order of the day. Perhaps even the era?

A person like me is tempted to make several sweeping conclusions from all of this, but the problem is that, from my perspective as also being a proponent of "be wary of unwarranted assumptions," so many of the terms traditionally used by economists might be in "unexpected" flux as well now. Productivity itself being a case in point, and how slippery that notion becomes when we "make" so little in terms of actual hard copy output in real terms any more; at least if you consider "make" as actual human hands on, not to mention the difficulty of divining productivity in terms of service oriented jobs.

The other problem for me is that we see so little argument on how investment itself affects productivity; and by affect I don't necessarily mean an immediate, direct effect. This is why, certainly, I keep going on about the efficacy of investment. And there are so many ways now that capital can be recirculated into new processing instruments, to create more, that don't involve human hands at all.

Lending instruments were the traditional form of this of course, and the performing instrument was the paper agreement that payments would be received in such a fashion as to provide net gain. Fortunately, in the old days, paper needed quite a few hands to be involved. Now. Not so much. But that's only the beginning here.

Unfortunately for us, however, as money now behaves as electrons, and so needs to follow the path of least resistance, risk, or anything else that might represent resistance, has to be swept away. That suggests that the new incentive will be to keep looking for less and less risk (in an ever chaotic environment no less); which also suggests that anything "hardcopy" will become even less desirable, and that the easy fix for removing resistance will become ever more the corruption of choice. And so the stuff of electrons, and photons, and sound waves, that will be produced will be the same manipulations of our base instincts they've always been, only much, much more seductive, and addicting. But understand. The processing instruments will yield the payments that will yield a lot of net gain.

At least that's the way I fear this is going. And I think there is ample evidence to suggest the possibility that I might be right. At least enough, in any case, that a thoughtful person would want to look into the matter a whole lot more than they probably are right now.

What this also suggests to me is that the very complexity of it all, as well as its warped nature, that there may well not be anyway you could keep track of it all, properly, and then actually have the systems for command and control that would be able to make use of that information, and then actually do something useful with it. Doing that, mind you, in a way that doesn't cause more problems than the one you are trying to fix.

In other words folks, why do want to waste any more time in trying to figure this monster out than we already have. It's not only too complicated to control properly, it's too complicated to try and fix any more, and in that sweeping statement I do feel confident of. Let's just accept that it is a toxic, out of control, mutated thing that needs to be replaced and move on. How could this be any more obvious than it already is? As obvious as their own lack of understanding what is happening now. A debate is raging on what the flattening of the yield curve and the Phillips curve mean for US growth. 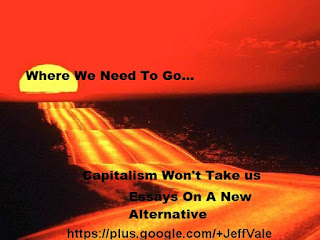