The Truth Is Folks, We Have To Mobilize The Nation, For Several Important Reasons

The sad fact is, though, that even if we tried to do so now, for whatever the best of reasons might be, the suspicions of both sides of the political divide, coupled with the current corrupt regime in the White House, would make doing so a very problematic roll of the dice, as to whether one side, the other, or both, might take to the streets in great numbers, and with terrible passions unleashed.

And that hardly even begins the discussion of how we do the various debates that need to occur now to determine the priorities, and how those priorities might be addressed, that reasonable, and caring people, might see the need, to be a part of what such a national mobilization would be pressed to accomplish. And, one can only hope, to do it in a comprehensively integrated way, so that certain, common measures, would be leveraging the success of more than one of the identified priorities, and, just as importantly, not getting in the way of any of the others as well.

Doing it also without one side, or the other, working actively to sabotage the other, no matter what truth either side might want to sell the rest of us.

I am, as already stated, quite biased in this. A bias, I might add, that comes from over 25 years of doing software, and systems analysis, throughout most of the major parts of our economy (Banking, Law, Health Care, Public Power, Food Manufacturing and Sales, Aerospace, non profit social initiatives, and a variety of small businesses -- video stores, real estate, and maintenance businesses, etc). That experience, as well as my personal life experience, has led be to conclude that we must have a new means of doing social house hold; of doing work not only for individual prosperity, but for group prosperity as well; and which, by design, is automatically, environmentally sustainable.

In that biased view is also the personal conclusion that the two party system; the one that came about from the old version of Capitalism, and with it, has become just as mutated, and corrupt, as the mutated system itself.

And how could you have expected otherwise; especially given the way the richest, and most powerful, have lately begun to cement their absolute hold on power; corrupting the last court of recourse in this nation, as well as the district representational system we've used for centuries now, to have a House of Representatives (giving them a huge transfer of wealth in the bargain via "quantitative easing," and the Ryan Tax giveaway, while he was still Speaker of the House) pretend to work as a truly representational process.

That last sentence, though, should be a real indicator of just how much our new instrumentality has changed things. That we could still be thinking (indulging in "Rearview Mirror" vision, as Marshal McLuhan would say) that "Representation" could still work in the electrified age of facade, broad spectrum, carefully targeted, deep fakes propaganda, for all aspects of media, and the engineered messaging, all of the new tech makes possible. Which is, of course, why I have been saying we have to take responsibility for ourselves; not only in running our own cities (sharing in getting all of the tasks that takes done, on a constantly rotating basis -- so no one gets stuck doing, whatever comes to be the current, truly shitty work), or counties, or parishes, or whatever grouping we want to have for the general term of "City States," but also of becoming our own, direct vote, House of Representatives.

So. No matter what your bias is, unless we all come to terms with the idea of the necessity of finding a way to tolerate each other, and reach a "Grand Compromise," we will all lose.

Even those other nations, who seem to have become so adept at conflict in this new age of instrumentality; an age only speculative fiction writers were able to imagine a few decades ago. Even they will lose; lose because, in the end, the only thing any victor of such conflict will inherit is just a slightly less diminished view, of just how bad, the final set of cascade events will be, when both natural, and social systems, begin to collapse en mass.

Why America isn’t equipped for the new rules of war


How liberalism became ‘the god that failed’ in eastern Europe

World War II Posters That Made a Difference on the Homefront 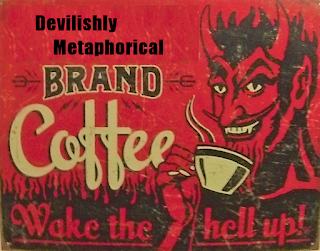 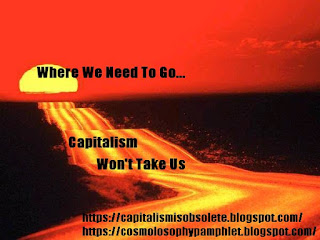